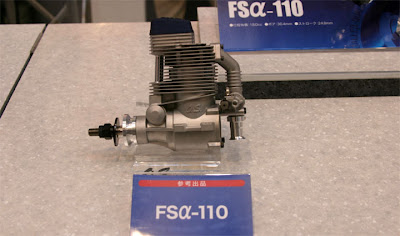 From Japan comes new stuff – Masahiros hobby world reports from the 2008 Shizuoka model show and brings info of a new O.S 1.10 FS-a fourstroke, as well as a Hirobo Aries F3A model and the YS answer to the O.S 200 EFI engine: A YS 170 DZ with electronic ignition. Speculation runs wild on RCU but sources say this is a glow engine with more power and reliability coupled with half the fuel and oil consumption.