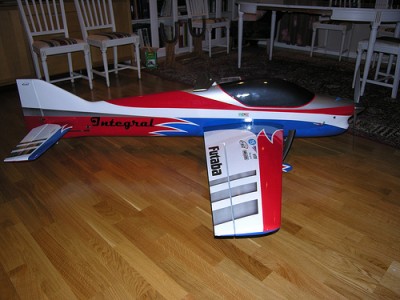 The Integral is finally ready. The YS 170 is converted to CDi and as soon as the weather is warmer I will run and tune the engine so it’s ready for the next season of P-11. I’m now using Futaba FASST 2.4 GHz to avoid ignition noise so hopefully I’m immune to radio interference. Ignition is controlled using a Turnigy transmitter operated switch which seems very safe and easy to operate. 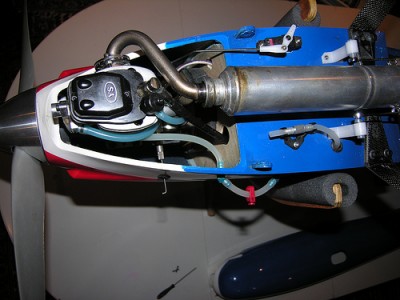 Not much change in the engine compartment. The very large ignition plug cap and wire needs a hefty hole in the firewall to get it through and the ignition electrical wire needs a hole as well (it’s the size of a servo cable with connector). It would have been more convenient to have the ignition box next to the pipe to avoid gaping holes in the firewall but there’s not enough room in the Integral’s relatively narrow nose. One advantage of CDi is of course that you don’t need to make holes in the bellypan for the glow clip or remote glow wiring. 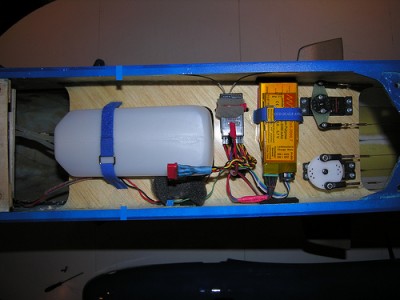 The picture shows the radio equipment. The battery pack is a 2000 mAh Schulze LiPo-RX pack with interal balancer and regulator. Ingnition current is drawn from this battery. Between the RX and ignition box is the Turnigy switch (shown with foam wrap next to the tank). The ignition box is in front of the tank and not visible in the picture.