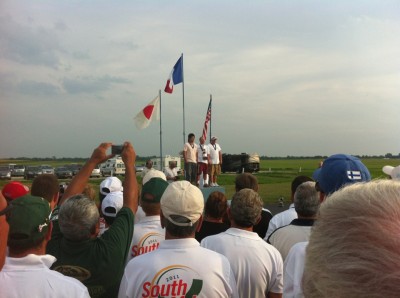 The 2011 championships are over, and Christophe once again came out on top, with Onda as close as possible behind him (the semi-final scores settled it, as they won two final rounds each) and Andrew Jesky in third place. Ola Fremming, our top man became 21th, and Alex Heindel in 31th place. Also on the Norwegian team was Henning Jorkjend who took this picture, but could not fly because his plane was damaged by fire in the opening round.