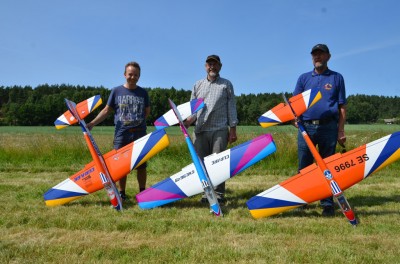 The Swedish/Norwegian border cup is back, and our Swedish neighbours hosted a three day F3A event at Lilla Anrås airfield just outside Fjällbacka on the beautiful Swedish west coast. The event started with an informal retro-F3A meeting on Friday. Designs older than 20 years were allowed to enter the competition. Electrics were allowed, but got a 10 % penalty due to “the silly noise”… 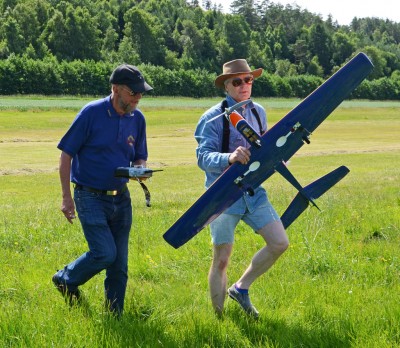 Ola Maltesson getting ready for his third flight, Conny Åquist carries his Curare

The nostalgic event was hosted by Mikael Nabrink, Ingmar Svensson and Conny Åquist. The “Curare Cup Normal” schedule was flown, and it worked well. It’s easy to fly but hard to master, so there’s something in it for everyone. 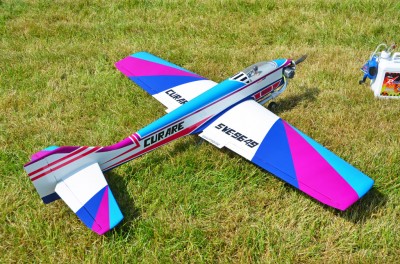 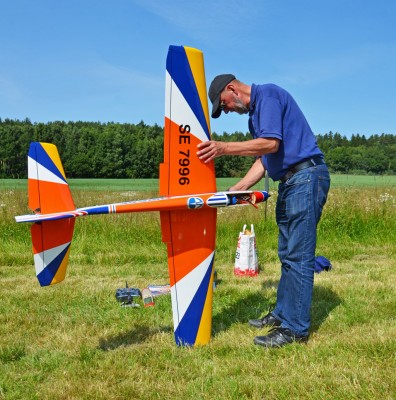 I flew my glow-powered Curare, and it performed well for the first two rounds, despite having undergone hasty repairs to the cowling and having a cracked exhaust header. I also damaged the nose gear two days before, so I had to fly with it locked down (nobody noticed!). In the final round the engine quit with ruined ball bearings, and I had to land dead stick. It was a worthy end to its hard life with full throttle and much Nitromethane – I won the contest and could take home the fabulous Asano wooden prop signed by Hanno Prettner. 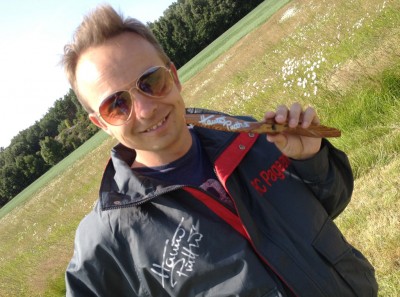