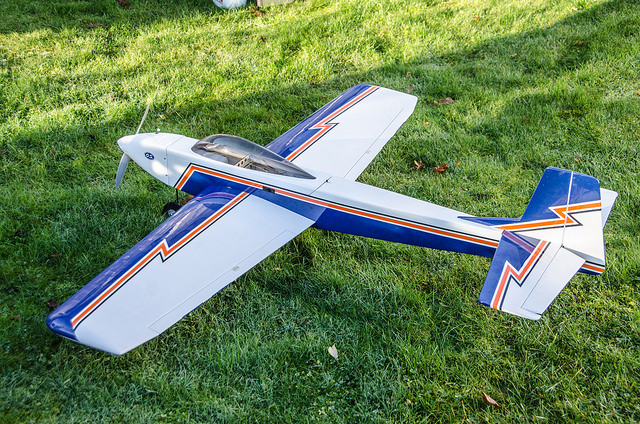 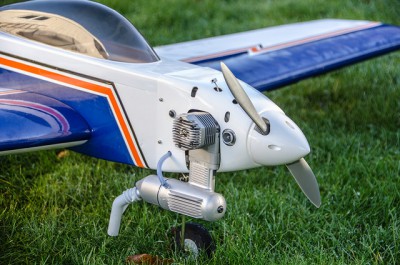 New plane! A very nice ARF from Tower Hobbies, which is relatively faithful to the Kaos design. It features plug-in wings and a battery tray for electrics. I opted for the glow-power option, using the O.S .65 AX engine with stock muffler. The ARF is very well designed and has lots of options for positioning radio gear to achieve proper balance.

Mine came out slightly nose heavy, meaning I had to use the far aft option of positioning the radio gear to its fullest extent to achieve proper balance: 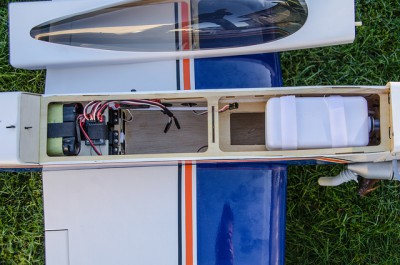 I did not like the way the tank tray was made because I wanted to re-route the throttle linkage underneath the tank, and so I removed the battery tray and made a new tank tray from scratch using the original parts as templates: 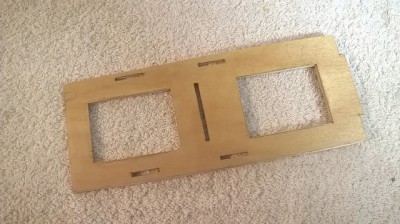 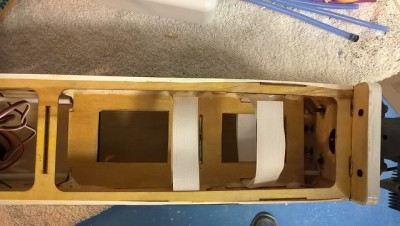 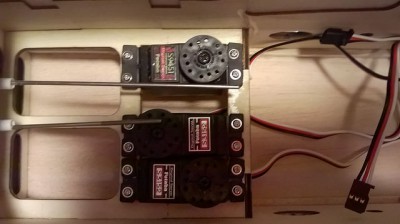 The positioning of the battery and receiver on top of the servos is a stock option, all the parts are included. It is removable with just four screws, and it works well: 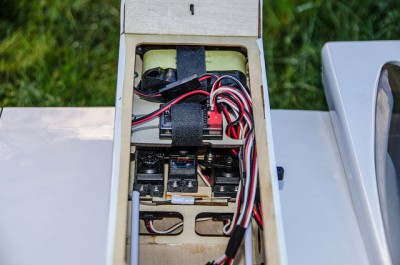 The ailerons are cut for midi-servos. I used BLS153s that I had lying around, and they fit perfectly. I added after-market linkages to suit my own taste: 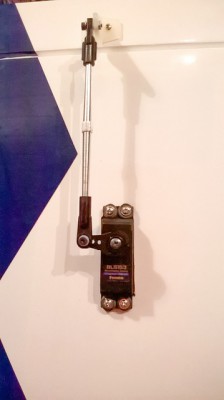 Since it is a glow-powered plane I varnished the inside of the wing root, and all areas of exposed wood. I also put a thin stripe of fuel proof laquer to seal all edges of the covering and trim, something I find extends the life of any model. 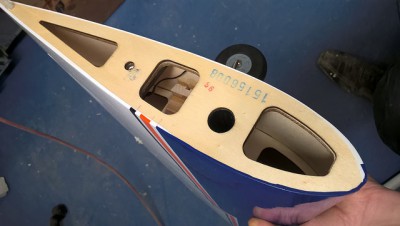 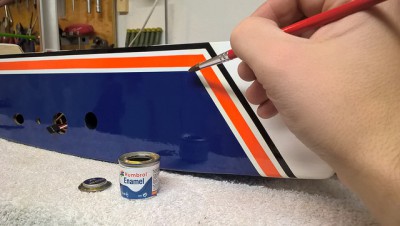 The rudder vas well hinged but poorly sanded so I had to re-hinge it with a larger gap, which I then sealed with a strip of white Oracover on both sides. Benefit is a gapless and aerodynamic hinge line. I also re-hinged the elevator and sealed the gap there too, because the joiner was glued in crookedly. 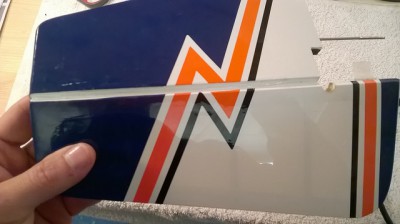 Throttle installation. The measurements for drilling the hole given by the manual is NOT correct. Mount your engine first and then measure yourself. Remember you have to clear the tank tray behind the firewall! 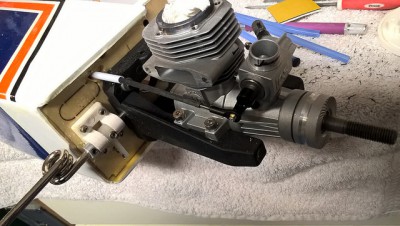 The cylinder head must be removed in order to fit the cowling. There is a full size paper template provided in the manual, and that makes it easy to get a really good looking engine installation! Do not cut all holes at once. You do not need the hole for clearing the cast ridge on the carburetor, and the opening for the air intake is a little too far back so don’t trust the template entirely. One more thing: When positioning the engine, measure 142 mm from the rear of the firewall instead of the 140 mm stated in the manual. The two extra millimetres makes the cowling-to-spinner fitting easier to adjust. 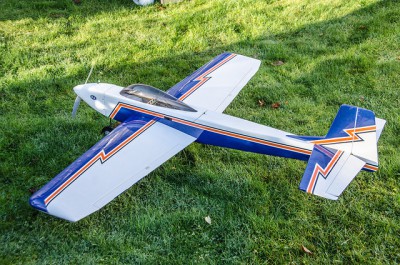 I haven’t had a chance to fly it at the time of writing, so in the meantime, enjoy the pictures here.