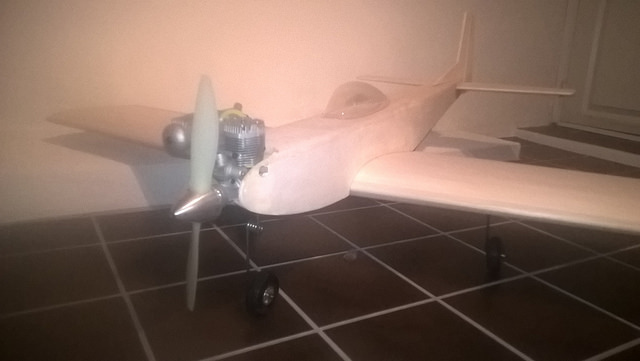 I wanted to build a plane from scratch last fall, and I chose the Joe Bridi designed Sun Fli 4, from 1968. Two plans exist online for this plane and I chose the RCM plan version. The plane has a variable airfoil which is thinner at the wingtips. Because of this, I chose to have foam cores cut.

I had a plan to make this plane look original, but be all modern on the inside ,with Powerbox iGyro, Sbus servos and an O.S .65 AX engine. I want to paint it instead of covering it with plastic film, so I have finished the airframe and turned it over to my father to have it covered with tissue and dope.

All the build pics are in the Sun Fli Flickr album.