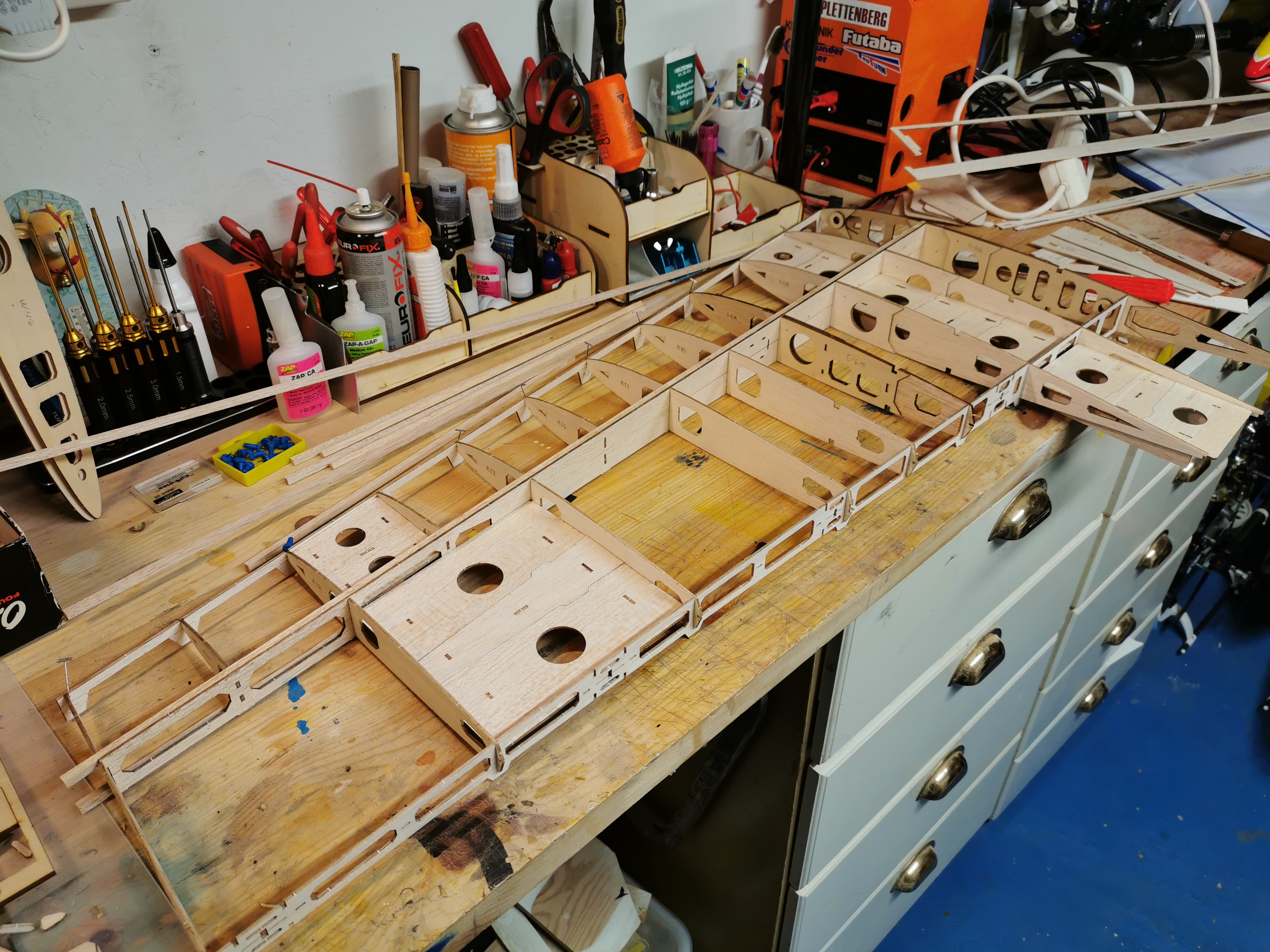 I had a spare wing kit for a Yoshioka Bingo.F3A lying around, and I thought it might be useful to have a spare wing. Once I started building it I realized how fun it would be to have another complete Bingo!

And whaddaya know, once I build it, I will. It’s just a box fuselage after all. I’ll call it “Bingo.EVO” because it will be quite different from the original. Much wood for a fuselage has gathered in my workshop, so watch this space.

So here’s the wing and ailerons. A very challenging and fun build so far.

Wings are done (bottom pictures) and ready for final sanding. Very light, and I’m quite happy how they turned out. Stabs are next, and I’m re-using the ones from the Laser that crashed in 2010. During this project I’ve decided to not spend any money on this plane. That’s obviously not really possible but I will try to use the stuff I already have lying around. The fuse will be built from spare wood and I’ll attempt to use a Scorpion electric helicopter motor and a Castle 120A ESC. The only things I will buy is some more balsa sheets for the fuse, covering material, some Sab Goblin 500 belt drive parts to gear the motor and three servos.