In the late 1990’s Hanno built and flew the most advanced show plane in the series, the Sensation 2000. 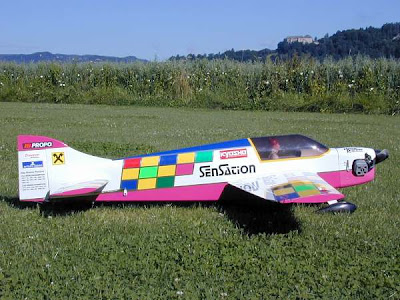 The plane is still kitted by his old friend Yoshioka at Yoshioka Model Factory in Japan. 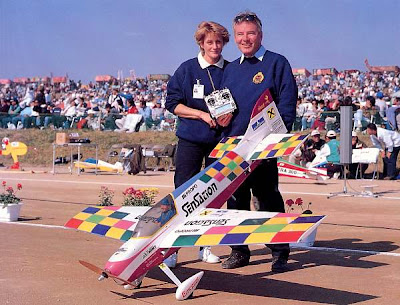 Shown here at a 5000+ spectator air pageant in Japan, Hanno flew his Sensation with some of his old friends from the F3A scene such as Yoshioka and Naruke.
Also visible are his huge profile Dalotel and an flying downhill skier – all three planes a worthy testament to his dedication to innovation!