When we finally moved out of the apartment and into a house with a basement I finally had a room of my own, it was just that it was 1,5×1 meters which is ridiculously small so something had to be done.

This is what it looked like after we moved in: 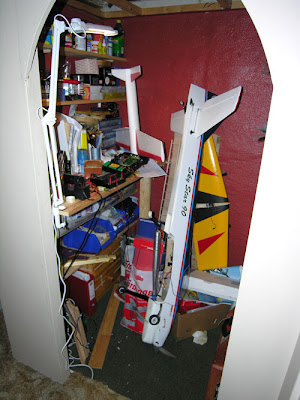 Then we gave the whole basement a complete makeover, and 6 tons of stone, one wall and three rebuilt walls later it started to look like something. It’s still small but big enough to have a 2-meter fuselage on the workbench and that’s all I’ll need. Most of the wings and planes are stored elsewhere. 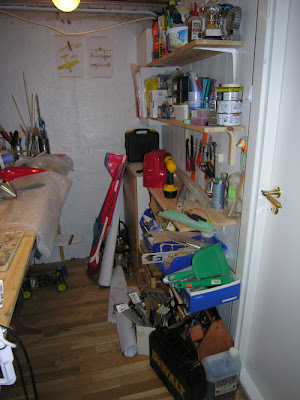 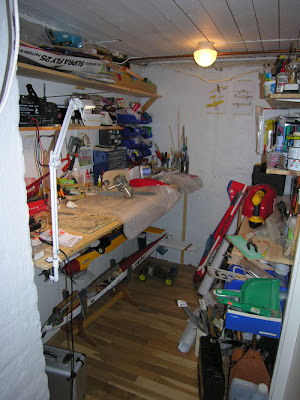