This is a series of general advice on engines describing my experiences. These posts are intended for those who still think about engines as a complete mystery -things I wish someone had told me before I had to spend the time to find out for myself. (YS mechanics and engine doctors already know this.)

I thought I knew everything there was to know about glow engines, and then I got my hands on a pumped O.S. Hanno Special and a Webra .80 LS with pumps. My experiences with these engines helped me a lot when I installed perry pumps on my bigger pattern engines later. 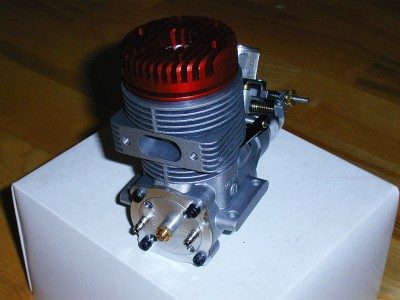 The difference is of course the pump. Rather than suck fuel the engine gets it pumped into the needle valve intake. This causes the engine to get a lot of fuel, all the time, in fact whenever the engine is turned over, the pump sends fuel into the carb. This causes a lot of room for error when you’re used to a non-pumped engine.

When starting, you should just turn the engine over a couple of times to get the fuel in the pump. Connect the glow clip and turn the engine with a starter until it starts. If you prime the engine first, it will drown in fuel, lock up and you’re in for a very hard time getting rid of it all. The throttle should be open just slightly, only enough to allow the engine to start. 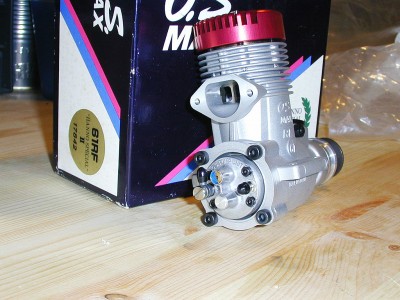 Tuning a pumped engine is slightly different from what you’re used to with non-pumpers. The engine will not run optimally if you lean it – the trick to getting the most from your pumped engine is to richen it until the RPM maxes out – but not so much that it drowns. You will need a tachometer to do this – there is no way you will hear the difference between 9500 and 9750 RPM but this difference is very important. Tune it rich until the RPM drops and then back it up a notch or two. To be able to get the engine to run with a rich setting you need the hottest glow plug you can get – I never use anything else than OS #F plugs on pumped engines. The hotter the plug, the richer you can run and the more power you will have. It’s why mintor and OS 140 RX are best run with dual plug heads.