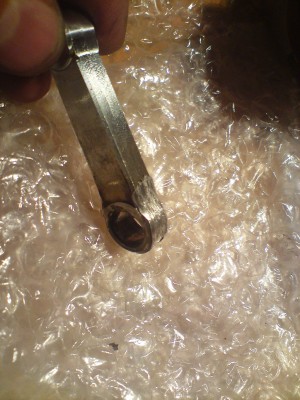 The YS 160 engine failed to run properly so we opened it up. The valve lifter was stuck, _really_ stuck and we found metal shavings had jammed the pump piston. We tried to fix it but never got so far as to test it, when we saw the busted conrod we thought all was lost. 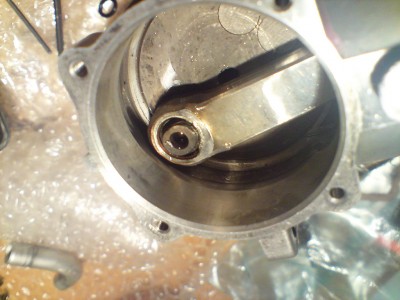 The conrod bushing was sloppy and worn down to nothing leaving the conrod flapping about the crankshaft. The play was so great that the rod had grind against the inside of the engine case, spreading metal shavings about the entire engine. A total write-off, or so we thought. 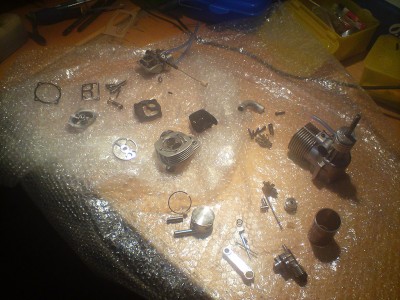 As it turned out the engine needs a new crankshaft, rod and bearing and of course the pump unit, but apart from that it has apparently survived. Still, I need to fly so I bought a complete 170 YS with Hatori pipe from a friend, a 50+ flight setup with no apparent defects and even including the fantastic Nishioka muffler mounting kit. Everything is installed and awaiting my first flight with a YS engine. 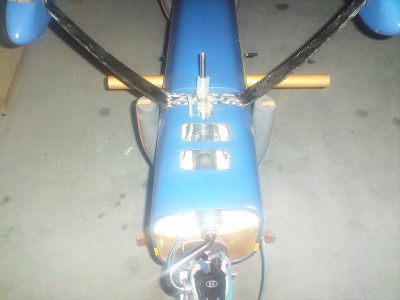 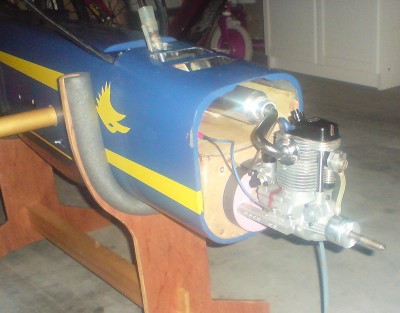