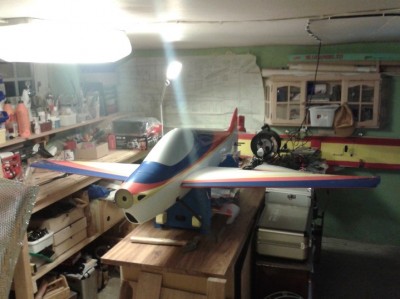 I’ve sold the Integral, and decided to try something new – a full composite model. The MTL-series from Modelltechnik Lorenz is available as ready to paint, or ARF, in a variety of colors, built by Jaroslav Mach (JM Composite) in the Czech Republic. There is also a range of white fuse and wood kit wings available. I got the ARF version of the oldest design, the Elexant 08. This model took over from the first pure electric design that JM made, called the Cayenne. When first introduced, the Elexant was a mix between the Cayenne and what it currently looks like – it was modified in 2008 to look like it does now, and known as Elexant 08. It’s successor Gaudius is also very popular, and has the same wings and a bigger fuse.

I wanted the Elexant because I think it’s prettier, and it has a much bigger canopy opening than the Gaudius. There is no bellypan. It’s by no means an outdated design. If you compare sizes, it’s very close to a Wind S Pro, the fuselage is probably even a bit taller. It has a wide chord wing with lots of forward sweep. It should be an exellent plane for the current FAI pattern.

In fact the only things not done are the optional things, that is left to the individual “builder” to decide, depending on the equipment used. This includes elevator servos (one in each stab, or one sentral servo), and of course a motor and battery mount. That’s it!

The kit is complete with spinner, undercarriage, Wheels and wheel pants, and hardware to make control horns.  Also included is a glider-type canopy lock, and carbon fibre wing and stab tubes.

In this plane I will use a Plettenberg Advance 30/10, and an O.S motors 100A speed controller. 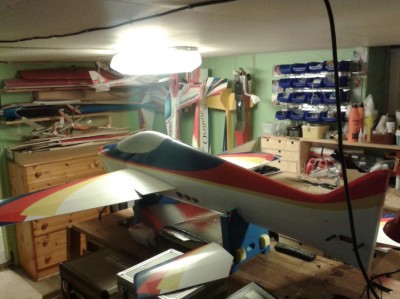