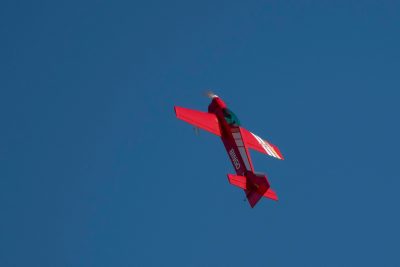 The Yoshioka Bingo.F3A is done, and it has been a journey. I bought the kit from Ishii Mokei several years ago and have built it in stages, enjoying it a lot. The Bingo.2M is originally a 3D plane for YS engines with oversized control surfaces. Mine is the first F3A-variant called Bingo.F3A with normal ailerons and elevators. I ended up buying a new wing for it, the “Pro” version which has is fully sheeted, features more taper and flaps. So mine has ended up a hybrid. The current version being sold by Yoshioka has support for electric motors, angled stabilizers, smaller flaps and other minor modifications.

The finished weight is 3,85 kg without batteries. I’m using Hacker EcoX F3A 4600 batteries that weigh 900 grams, for a flying weight of just over 4,8 kg. That’s not bad considering it has a clear plastic cockpit and a pilot on board, and 7 full-sized servos! I could have made 4,5 kg if I had used a  smaller RX battery, eliminated the flaps and pilot, smaller servos, used a carbon prop etc. The kit is extremely lightweight. 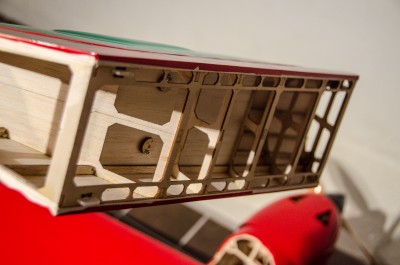 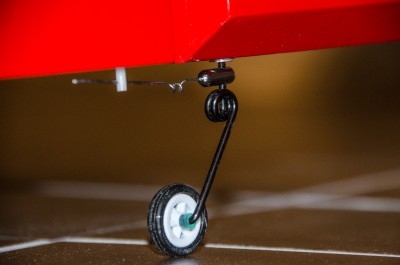 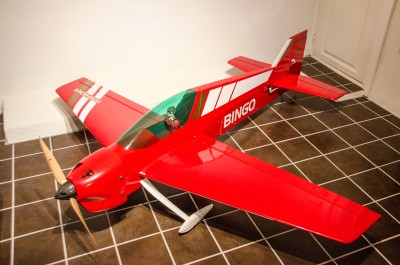 I painted the carbon undercarriage white to match. (I know, I know…) 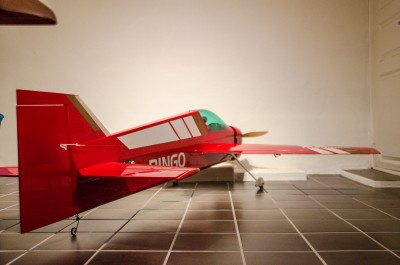 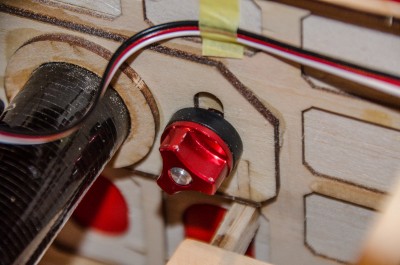 Of course I had to have matching wing bolts 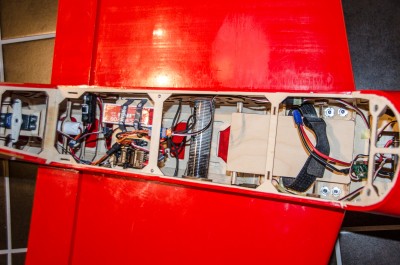 The interior is spacious and fairly straightforward. It took a bit of work to convert it to electric, with a reinforced battery tray and modified nose. 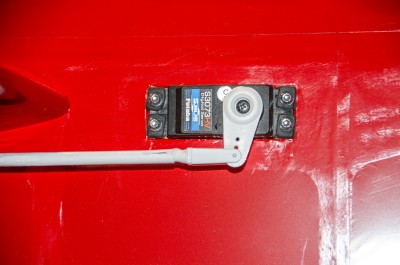 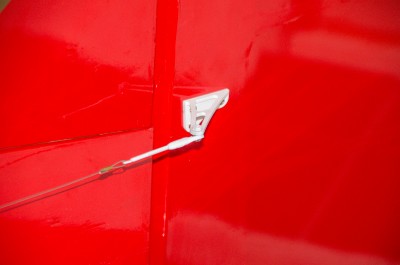 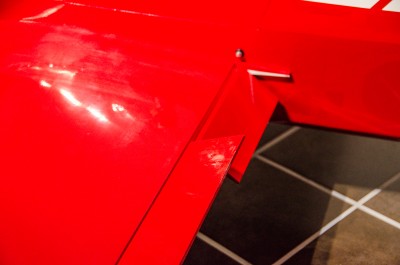 Flaps allow for some creative mixing. When the throttle is pulled back, the entire wing can be an airbrake if I want it too. 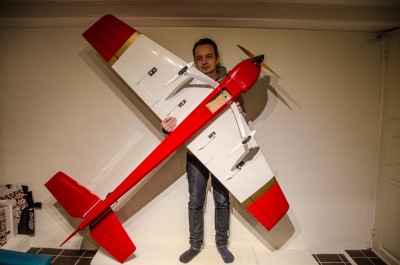 As always: more pictures to be found on my Flickr page. 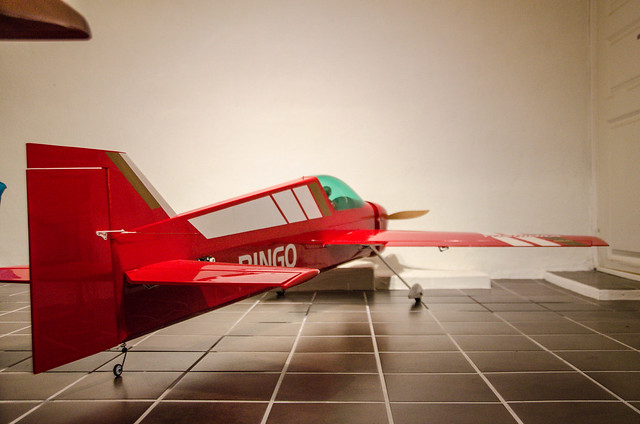