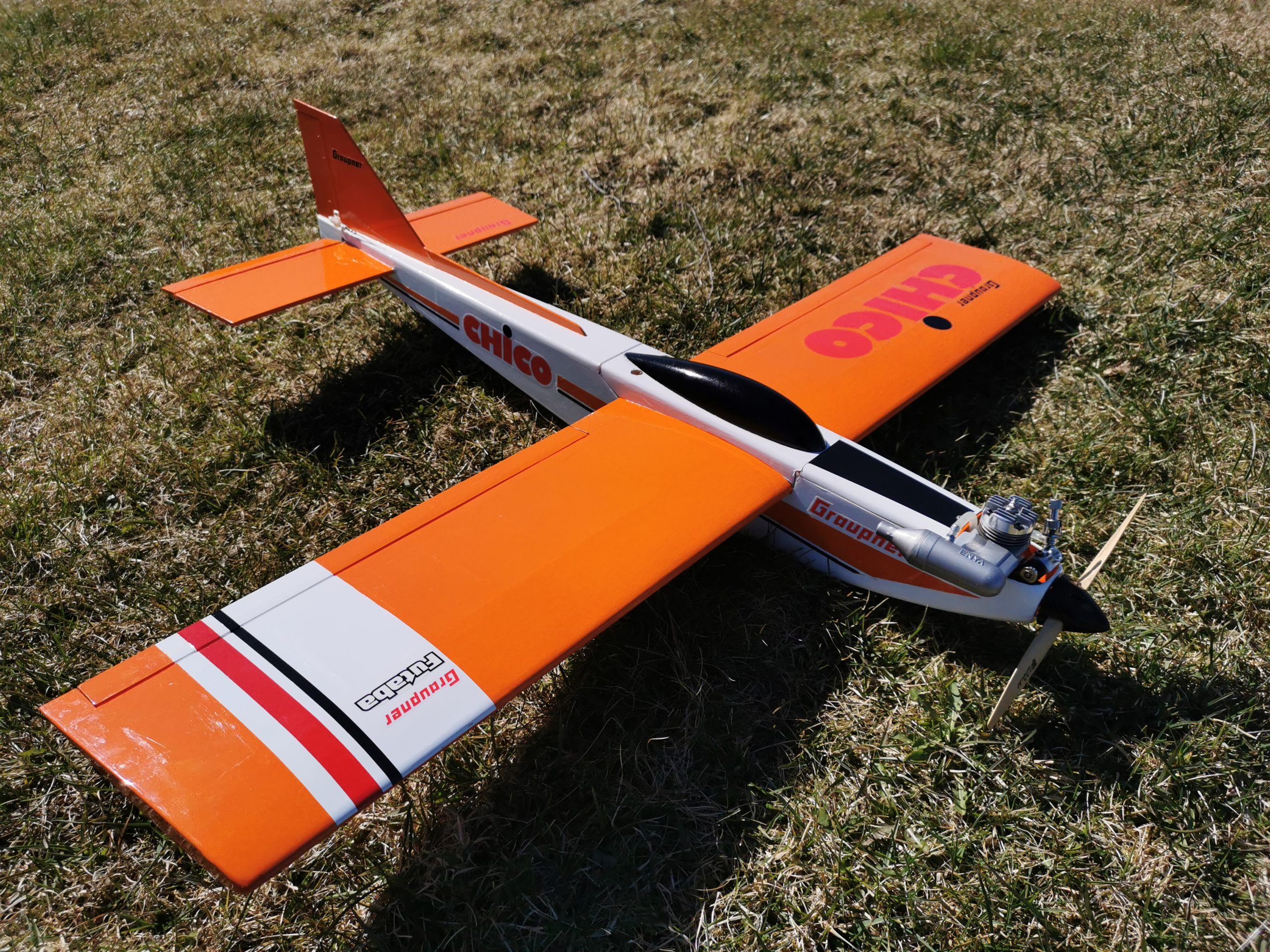 Build pics and a flight report from the little retro-racer Graupner Chico with a very nice Enya .15 in the nose.

The Enya .15 SS engine was easy to start and after a tank of breaking in it ran pretty consistent. The 8×6 Top Flite wood prop I had found for it was a little on the heavy side, perhaps an 8×4 or 8×5 would be better.

I tuned it a bit rich, checked all the surfaces moved like they should and in the right direction, and threw Chico into wind. That was pretty uneventful, it just flew straight on. It needed a little downtrim, and off she went, partying across the sky like it was 1977.

It flies straight ahead and it is pretty fast. Not much vertical performance, and slow speed is wobbly, the thin wing does not lift very much. So for landing it needs a bit of speed.

I’ve never built a small model from balsa before and I was surprised to find that building a small plane is so fiddly. There’s so many tiny things that need to fit so precisely. Even covering was a surprising amount of work, and I used a lot of time fiddling with tiny pushrods and servo horns.

I also did a lot of modifications to it. The kit version is electric only and to use a glow engine I had to modify the following:

The kit elevator and stab is just 3 mm thick. The trailing edge of the stab is spruce so that it will be stiff enough, and I can’t hinge that! I opted to build a new 6mm thick stab and elevator. Again, a lot more work.

The Enya engine fit quite nicely in the nose with few modifications it is a bit on the heavy side, and so I had to put a bit of lead in the tail. I covered it in “box art” orange and white and used the supplied stickers.

I’m very happy with the model, it is quite fun to fly and the engine is very easy to start and runs great.